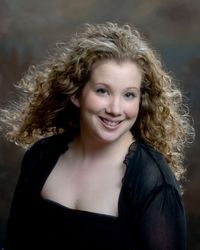 By invitation only, studio members preparing for college auditions will work in a masterclass with Denise Stom, Mezzo Soprano.

Mezzo-soprano Denise Stom received her Bachelor of Music in Music Education from the University of North Texas. She then received her Master of Music in Vocal Performance from Rice University, studying with acclaimed mezzo-soprano and pedagogue Dr. Joyce Farwell, among other world-renowned performers and instructors. Ms. Stom later earned her Master of Science in Communication Studies from the University of Texas at Dallas. For the past ten years, Ms. Stom has worked as a Senior Speech Language Pathologist at Parkland Hospital, where she uses her expertise in voice to assess and to treat patients with voice disorders, tracheostomy, and communication deficits secondary to acquired and neurodegenerative disorders. In addition to her rigorous work at Parkland Hospital, Ms. Stom has been employed with The Dallas Opera Chorus for the past fifteen years; she also has comprimario roles to her credit with the company. Additionally, Ms. Stom has performed as a soloist with other such notable organizations as Austin Lyric Opera, the Austin Chamber Music Society, the Musical Feast Choral Society of Lewisville, the Mercury Baroque Ensemble in Houston, Texas, the International Chamber Music Festival (in recital) in Casalmaggiore, Italy, the Texas Choral Artists, and the Living Opera and with Voces Intimae (under the direction of Joe Illick from Ft. Worth Opera), among other organizations. Ms. Stom appeared as a Young Artist with Wichita Grand Opera, where she covered the role of “Siebel” in Faust (alongside Samuel Ramey) and performed the role of “Kate” in the organization’s mainstage production of Pirates of Penzance.